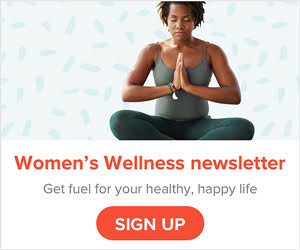 Compulsive or pathological gambling is a progressive illness, a psychological disorder which is just as difficult to overcome as addiction to alcohol or drugs. The compulsive gambler experiences a series of stages, each with its own warning signs. While the number of stages varies from 3 to 5, depending on the source, all are similar in the first three. This article discusses the 5 stages, since that is the most complete. Note that not all compulsive gamblers will experience all of the phases, as they may give up before the final one. In addition, here we will refer to the action compulsive gambler, primarily male, as opposed to an escape problem gambler, primarily female. 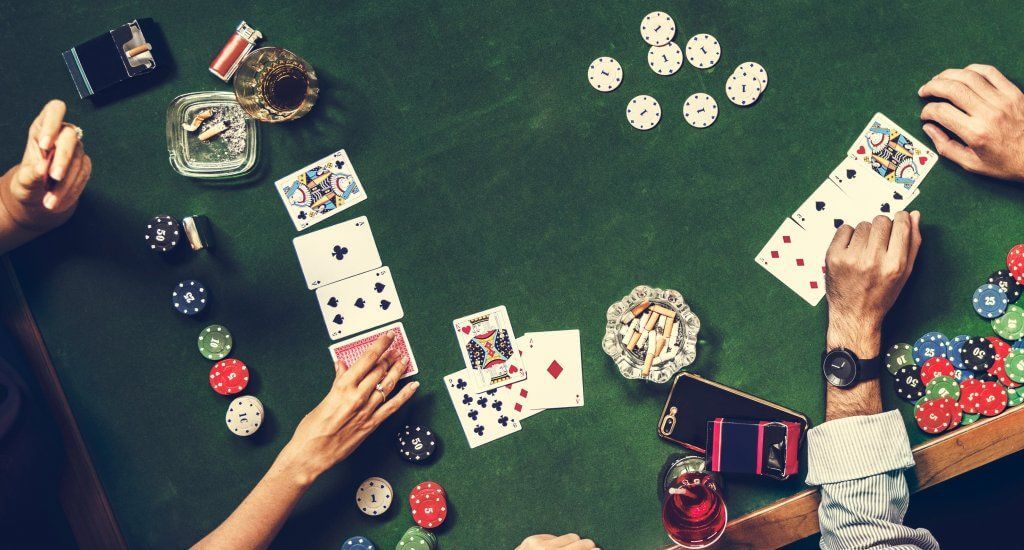 Games of choice are typically those of skill, usually card games, such as poker, or craps or dice games, horse or dog racing, and sports betting – both legal and illegal gambling venues. The action compulsive gambler seeks to beat the “house,” and believes he has a system that will enable him to score the big win.

According to the Arizona Council on Compulsive Gambling (ACCG), the winning stage lasts from 3 to 5 years. During this first period, the action compulsive gambler enjoys many more wins than losses and likely scores a significant “big win” that may be many times his monthly or annual salary. It’s actually this early major win that promotes the gambler’s belief that he is smarter than other gamblers, that he has it down, knows how to win, and can not only turn professional, but believes he is one. Of course, this is an illusion.

At this point, the gambler spends more and more time gambling, increasing both gambling frequency and amounts of money. Eventually, and predictably, the action compulsive gambler embarks on the second stage.

The ACCG indicates that the losing stage lasts longer than 5 years. During this time, the action compulsive gambler bets increasingly larger sums and steps up the pace and frequency of his gambling. If queried, he will usually dismiss it as “just a losing streak,” insisting that he can recoup his losses. In such self-delusional state, he doubles down on bets, and bets on the long shots even when he has the nagging feeling they won’t win – all in the hope of the big payday. The result is he loses much more often than he wins and, consequently, bets even more money in the frantic race to win it all back, a practice known as “chasing his losses.”

It’s at this point in the losing phase that other types of deceptive and negative behavior occur.

• Borrowing money – Gambling requires money, and when money is consistently lost, it has to come from somewhere. The action compulsive gambler resorts to borrowing money to finance his compulsion. It may be a credit card advance, or dipping into savings. He may ask for a loan from a friend.

• Lies and deception – In addition, it’s getting hard for the gambler to keep his facts straight, as he must weave ever more elaborate lies to cover his tracks, to keep others from knowing the extent of his gambling problem.

• Boasting about wins – Wanting everyone to think he’s still the happy-go-lucky gambler, the action compulsive gambler boasts about all his wins, never discussing his losses.

• Major setback – Eventually, the losses mount up, requiring an infusion of quick cash. The action compulsive gambler has to cook up some phony emergency to convince his spouse, family, friends or employer to ante up the money to cover this setback. Depending on how accomplished a liar he is, he probably gets this first emergency loan. Of course, he asks for and receives more than he really needs. He uses the extra cash for his gambling money and, naturally, is back in the thick of gambling just as before – with one exception: he’s on the downhill slope of this phase and running quickly into the next. 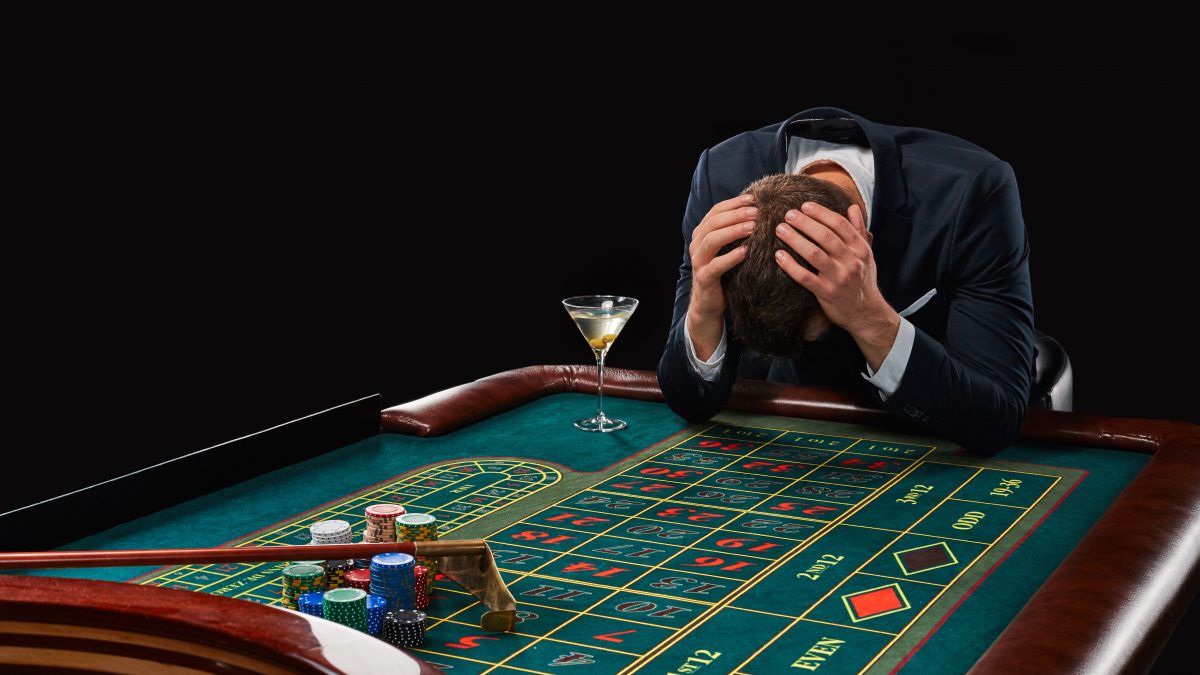 This stage may be only a brief period of time, or it may drag on for years. During this time, the action compulsive gambler spends all of his time thinking about gambling, where to obtain the money to continue gambling, what his next bet will be, when and where, ways to beat the system, and how to come out on top again. He is completely out of control. He simply has to gamble. The pattern of negative behaviors increases in frequency and intensity, along with his losses.

• Out-of-control lying – There’s no yarn too outrageous, no lie that can’t be told at this point. The action compulsive gambler frequently trips up in his lies, spinning yet more elaborate lies in an effort to cover up the earlier fabrications.

• Gambling to cover pain – Since gambling is the only activity that makes the action compulsive gambler feel better – he thinks – he continues gambling in order to cover up the increasing pain that he feels.

• Anger and blame increase – When others see through his lies, the action compulsive gambler becomes angry and starts blaming other people and situations for his own problems. He even blames the person who sees through his lies. It doesn’t matter that there’s no basis for his anger. In his mind, it’s “their fault.”

• Home life deteriorates – Home is no longer a haven for the action compulsive gambler. It stopped being a source of comfort years ago. In fact, his spouse may have already threatened to leave him, take the kids away and deprive him of visitation – or has already left.

• Illegal activity begins – Where does the money to gamble come from now that sources of cash are no longer readily available? Friends, family and co-workers are wise to the game. Credit cards are maxed out, savings depleted. At this point, the action compulsive gambler will steal or embezzle money while he convinces himself that he will pay it back once he wins big.

• Financial difficulties increase – The mortgage or rent is probably in arrears and the utilities may have even been turned off at this point. Merchants are on a cash-only basis. Everywhere are unpaid bills – and no cash to pay them. Every cent goes back into gambling.

The desperation phase wreaks havoc on the wife of the action compulsive gambler, if she’s even still around. She is fully aware of his lying, and that he cannot stop gambling. She suffers incredible hurt at his betrayal and deception. Still, she covers for him by lying to others and trying to keep up a good front. She begs him to stop gambling, and wants to believe him when he says he promises to stop. But he doesn’t, and the situation continues to worsen. The wife often believes she is at fault for her husband’s compulsive gambling and falls into a deep depression.

For his part, the action compulsive gambler still believes and acts as if he is in complete control. He thinks others still buy his falsehoods. He wants his family life to go back to the way it was – because he does truly love them. The fact is, however, that he just can’t quit gambling, thus jeopardizing the respect and stability he professes to want. Ask him why he has to gamble, and he can’t answer. He doesn’t know why, only that he has to do it. He continues to punish himself with his compulsive gambling, knowing he’s not going to win. At this downward spiral of the desperation phase, the action compulsive gambler starts to think about ways of ending his misery. Suicidal thoughts or attempts to commit suicide become more commonplace.

It may take an arrest or a suicide attempt for the spouse of the action compulsive gambler to be galvanized into action – forcing the gambler to get treatment. Some action compulsive gamblers arrive at this conclusion on their own, but not many. They may make a call to a treatment facility or group, but only after someone else either strongly recommended it or gave him an ultimatum. It’s usually the spouse who says he must enter treatment or else. Or, it could be a court-ordered recovery program or an employer-mandated 12-step group.

Time and time again, studies of action compulsive gamblers show that when he enters treatment, his heart isn’t really into it. He thinks his family should rally around him and support him. He goes through the motions, paying lip-service to the treatment. After only a few meetings or sessions, he believes he has all he needs from the program, and that he has again become a hero because he stopped gambling. He stops going or quits treatment. His ego is again inflated. After all, he’s come through all this in one piece. In reality, all along he’s been scheming and thinking about getting back to gambling. All too soon, he really is back gambling, and losing, and on an ever more progressive downward slide. He may go back into a treatment program or attend some more meetings, over and over again. Eventually, he may sincerely wish to end his compulsive gambling and take the program seriously. Often, however, the cycle of gambling has an end result of more criminal activity, jail time, or even death.

There is yet another negative phase in the stages of compulsive gambling. And, yes, it does get worse. You’d think it couldn’t possibly be worse than the desperation phase, but the difference is that in the hopeless phase, the action compulsive gambler completely loses all hope. He just gives up, not caring any longer whether he lives or dies.

In fact, he wishes he were dead, and may make one or more attempts at suicide at this point, if he has not already done so. If not ending their actual life, many action compulsive gamblers in the final throes of stage four resort to activities that cause them to become incarcerated. In this way, they’ve taken themselves out of the equation – they can no longer do harm to others if they’re in prison.

It takes a sincere and, for many action compulsive gamblers, a herculean effort to go into stage five. They have to admit that they have a problem and genuinely want to do whatever it takes to overcome it. Finally, they enter treatment for compulsive gambling and/or attend 12-step programs and/or counseling.

Beginning the process of trying to rebuild the lives they’ve lost, the action compulsive gambler has to learn new behaviors that don’t involve any form of gambling. Total abstinence from gambling is required – just as it is for recovering alcoholics and substance abusers. There can be no such thing as a little gambling, or gambling for fun. One slip back into gambling is just like the first drop of alcohol, the first hit of a drug – relapse. Tips and techniques, and support from others in like situations (12-step groups) are immensely important in the recovery phase.

Ditto the participation of spouse and family in co-dependent programs or 12-step meetings, and/or individual and group counseling. For the recovering action compulsive gambler to be successful in recovery, he can’t simply go back to things the way they were. Considerable changes in attitude and behavior have to occur on the part of the gambler and spouse/family.

In conclusion, while not every action compulsive gambler will go through every stage of the cycle, he will normally go through the first three at a minimum. Many stop at stage four and never make it to recovery. But there is hope for those who do reach the recovery stage. With more attention to compulsive gambling and the tremendous cost to the individual, the family, and society, better treatments and coping skills will continue to be developed.